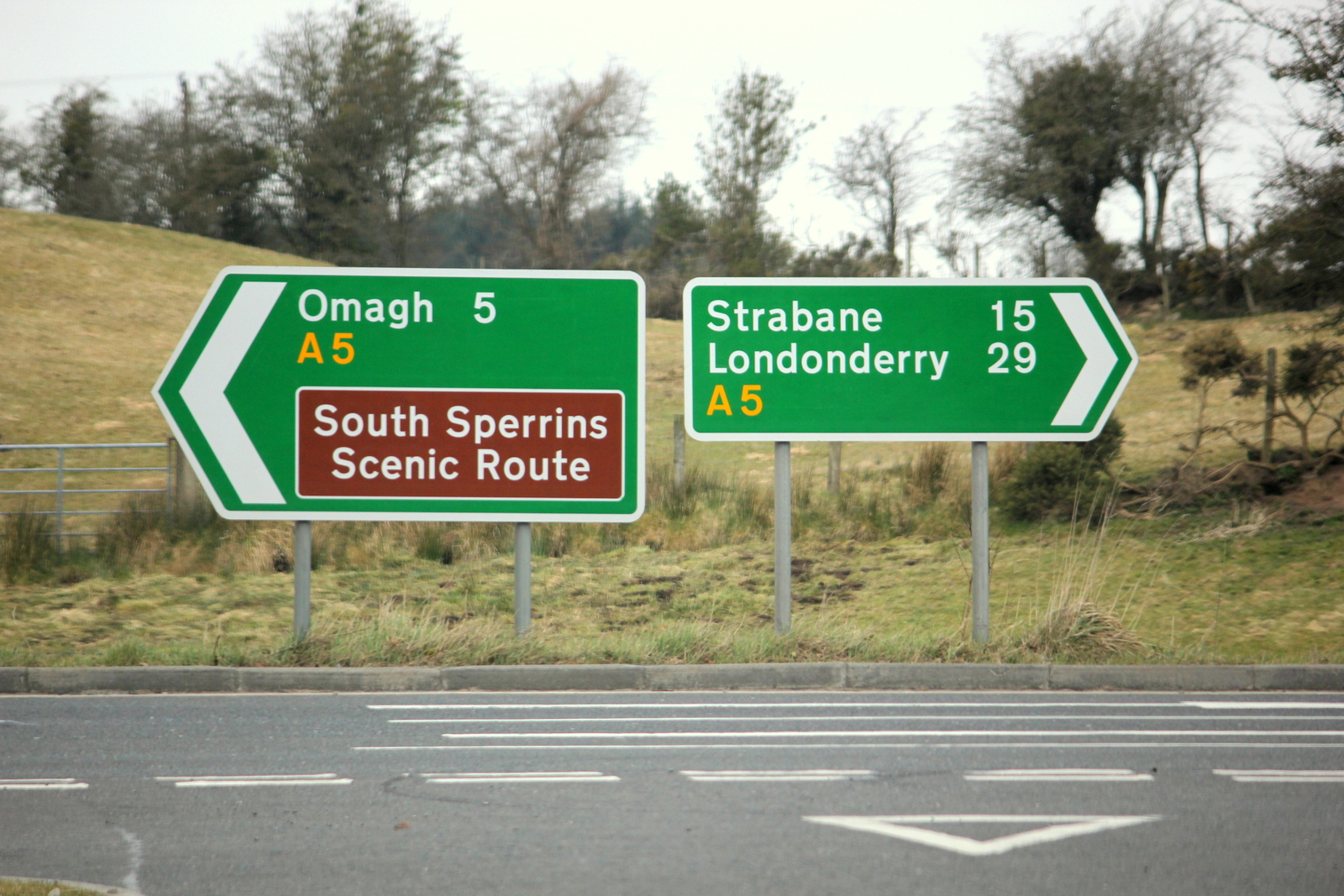 The A5 is a major primary route in Northern Ireland that runs from Craigavon Bridge in the city of Derry-Londonderry to the border at Aughnacloy where it forms the N2 which ultimately leads to Dublin. As it is the main route connecting the North West of Ireland with Dublin it is in several places referred to as the ‘North-West Passage’. The A5 road is approximately 54 miles long and is mainly single carriageway with a few 2+1 passing sections along the route.

The A5 Omagh to Derry-Londonderry section is my daily commute, a distance of around 34 miles it usually takes 55-mins to 1 hour when leaving Omagh at 7am. The return journey leaving Derry-Londonderry at 5.30pm usually takes between 1 hour and 1 hour 10 mins. I have been a regular commuter on the route from February 2008 to the present day with the exception of 2011 when I worked in the USA. I am also very familiar with the stretch of road south of Omagh as it is the town’s primary route to Belfast and Dublin.

With the exception of the 2+1 purpose-built passing sections there are few other safe places to overtake traffic due to the fact that road continually twists and bends to follow the rivers Strule, Mourne and Foyle.

The maximum speed limit on the road for cars is 60mph with lower speed limits at Kelly’s Inn cross roads, Omagh by-pass, Sion Mills, Strabane by-pass, Ballymagorry, Bready, Magheramason, New Buildings and Derry-Londonderry. Outside of these settlements the maximum speed limit can rarely be reached due to farm vehicles, heavy goods vehicles (HGVs), learner drivers and restricted drivers travelling at slower speeds. With few opportunities to overtake as mentioned previously this can result in long slow tail backs at peak travelling times. I regularly see Ambulances struggling to pass traffic in their efforts to get to Altnagelvin Hospital, one of the main Acute Hospitals in the West following the closure of the Tyrone County Hospital’s A&E Department back a few years ago.

In the period 2004-2009 there were 19 fatalities along the A5. I personally have lost count of the number of near misses I have witnessed with my own eyes with people trying to overtake in dangerous manoeuvres.

Aside from the tragic loss of the life, the lack of alternative routes in the area causes problems following the resulting road closure after any sort of accident. These closures can increase travel time significantly with detours of up to 10-15 miles in place along narrow country roads.

In 2007 funding was announced and the NI Executive agreed to proceed with the A5 Western Transport Corridor (WTC) plan, an ambitious project that aimed to dual the entire length of the A5 route. The project has suffered considerable setbacks with the Irish Government not providing funding for the parts of the scheme they agreed to resulting in only two sections of the route now being considered for an upgrade (New Buildings to Strabane and Omagh to Ballygawley).

More details on the project and a history of what has happened so far can be found on the fantastic NI Roads website: A5 Dualling Derry to Aughnacloy.

More recently there has been a legal challenge from The Alternative A5 Alliance (AA5A) a group of 18 individuals opposed to the scheme. On 12th March the judge rejected 5 of their 6 challenges, but upheld one regarding the failure of the DRD carry out an appropriate assessment of the Rivers Foyle and Finn Special Areas of Conservation under the Habitats Directive. On Monday 8th April we learned that the High Court Judge, Mr Justice Stephens, confirmed he was quashing the decision to go ahead with the £330M dual carriageway project. However he granted the DRD a seven day stay to lodge any appeal to his ruling – until 12:00 on Monday 15th April.

Further details on the possible implications of this ruling can be found on Wesley Johnston’s article in which he states that the ruling is against a procedural issue regarding a breach of the habitats directive and is not a ruling against the route or concept of the project itself and would not permanently prevent the road from being built.

The reality is that because a process wasn’t followed correctly significant time has been added to an already delayed project, exposing commuters and the public to the current risks for a longer period of time and ultimately the cost of these delays will all be at the tax payer’s expense.

As a commuter I believe it is essential that the entire route is dualled to provide a safer road for all and to significantly reduce travel time (to perhaps 30 minutes in my case – 35 miles @ 70mph = 30 mins). With the dualling of the A4 to Ballygawley complete, continuing this on the A5 to Omagh would give an uninterupted dual carriageway connection to Belfast reducing the potential travel time to Belfast to just 1 hour. These faster travel times and better connections can only improve our local economic opportunities and provide the west of the Northern Ireland with the infrastructure it deserves.

“Life is a journey that must be traveled no matter how bad the roads and accommodations.” – Oliver Goldsmith

8 Replies to “The A5 – A Commuter’s Perspective”