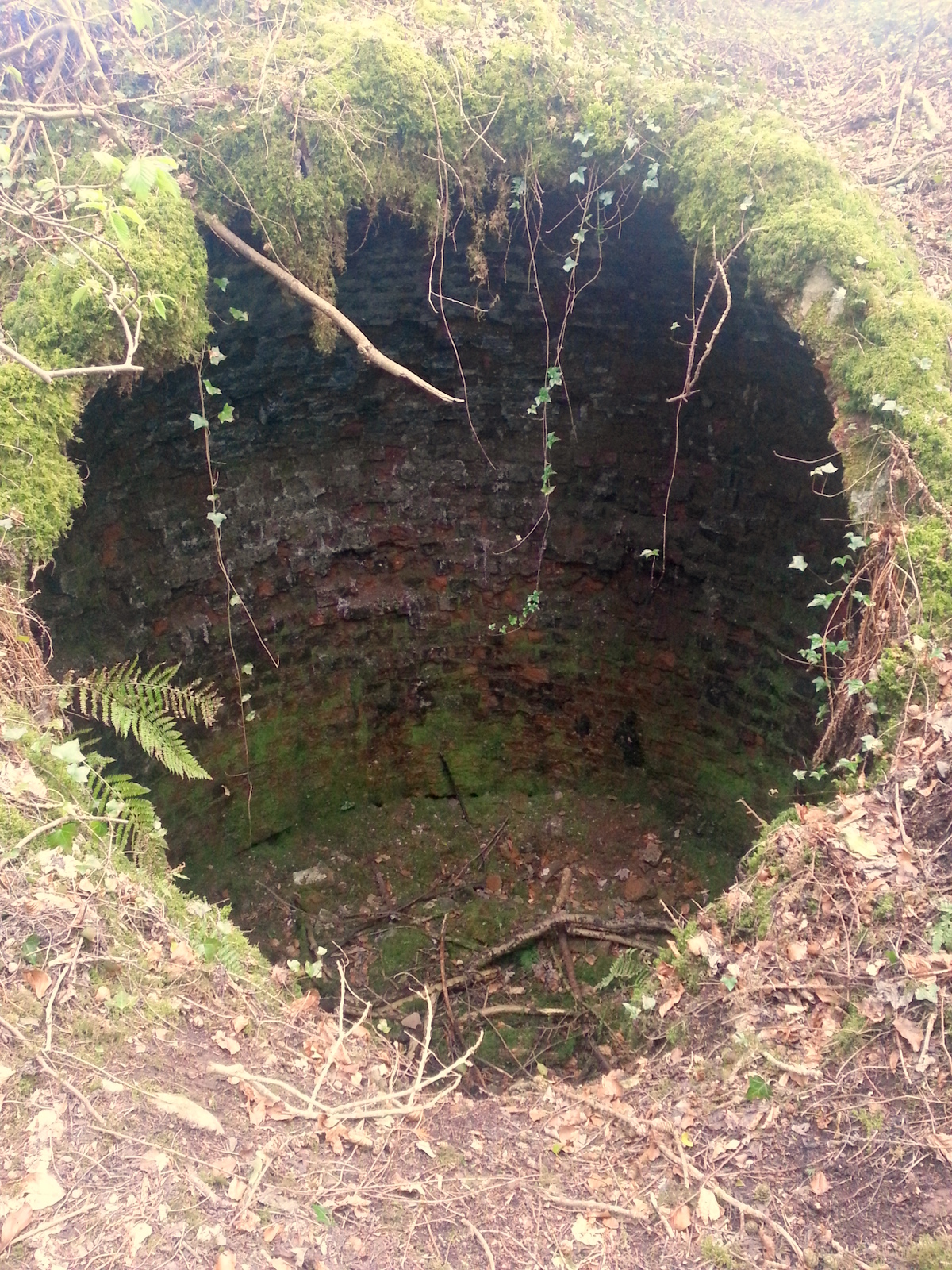 Every Saturday I try and do some physical exercise either cycling around Omagh or going for a walk – last Saturday was no exception and I had spotted on the WalkNI website that Seskinore Forest had a choice of routes at 2.8, 3.6 or 4.8 miles so myself and a friend decided to investigate as I had never been there before.

At just over 6 miles from Omagh (over a mile closer than Gortin Glen Forest Park) it didn’t take long to get there and the forest was well sign posted off the B83 Seskinore Road. The entrance takes you along a tree lined avenue to a parking area where parking is free (a saving of £3.50 on the Gortin Glen parking charge!). There was ample space to park when we went as we were the only people there on a beautiful Saturday afternoon!

We got out of the car and proceeded towards the courtyard buildings only to find that there was no signposts or information board. The WalkNI webpage on the forest provided no map (see update below) nor did the Forest Service page on nidirect, a web search yielded nothing either and the poor mobile signal meant that a satellite image from Google Maps was out of the question, we were going to have to explore the forest Christopher Columbus style!

We headed towards a wooded area and started walking and within ten minutes had arrived at an old gate onto the public road (one of many we would find on our exploration!), we spotted a trail to the right and followed it around to the Chapel of Ease which then took us back to the courtyard again within perhaps a further 15 minutes. We decided to walk towards the main entrance to see if there were any other options in that direction but we reached the main road. There was a gate opposite that looked like it was a possible continuation of the forest but signs posted about a ‘Pheasant shoot’ did not encourage us to proceed further so we turned and headed back to the car park.

Rabbits were in abundance and we spotted a number of rabbit burrows throughout the forest. It was at this point we noticed another trail leading off from the car park, we followed it and turned left onto a forest road after ten minutes this lead us to another dead end – gate posts with a gate missing replaced with some wooden fencing. We turned back and on the way back towards the car park noted another trail off to the left. It was quite mucky but we navigated it successfully and it lead to a narrower stretch of woodland with some interesting man-made features:

We continued onwards and came to a deep trench with a few inches of water in it, a log had been placed across it but it certainly wasn’t a safe way to cross although my friend tried it regardless. There was a dry section that I used to cross which appeared to have been used many times before. We then came across a small fenced off square section with the following warning sign:

We proceeded onwards and eventually came across another small road that led to another gate, we crossed the road and spotted a trail that continued round to a small fenced off area with a small sign inside it which turned out to be the McClintock family memorial garden. On further research we found that the forest and courtyard buildings are all that remain of the McClintock Estate. It was handed over to the Ministry of Agriculture in 1941.

The sign also had a historical map which enlightened us as to our location in relation to the rest of the estate:

Having seen the map we went back to the courtyard area to investigate where the original house would have stood, we found an area of grass where we assume it stood and noted that opposite this location across a further expanse of grass was the following structure:

Unfortunately right next to this unusual structure there was a lot of unsightly black plastic that had been partially grown over. We had also spotted some earlier on our exploration – what was inside we did not investigate however it did take away from the natural surroundings.

On our route back to the car we circled the courtyard to try and get some better views of the area blocked off from the public and we came across another walled area that at one time must have been a deer enclosure – however we could see no sign of any animal life there when we visited.

All in all it was a couple of hours well spent however much of the forest/estate feels run down with boarded up windows, the rusty gates, missing gates and black plastic to name but a few issues. The lack of information signs, maps or pointers to highlight some of the interesting features seemed a shame and seemed to disrespect what must have been at one time quite a grand working estate. Only that we had the determination to explore as much as we did we would never have found half of the things we saw. It seems like it wouldn’t have taken much effort to give the place a spring clean and a small investment in an information board and a few pointers would have made it much easier for the visitor to fully appreciate the forest and estate. With a few small improvements this could be a great hidden gem in the Tyrone countryside.

In the end though we are still not sure where the walking routes listed on the WalkNI website actually are – did they include the ‘pheasant shoot’ land? Was it on the main roads surrounding the forest? I really don’t know but I would say we walked about 2.5 miles, had explored most of the area outlined on the historical map, had taken most of the trails we could see and double backed a few times in the process as well! In short I don’t know – if anyone has any more local knowledge please feel free to share by leaving a comment below!

WalkNI have responded to my comment on the walk web page. They have said that they provide maps and route descriptions for all ‘Quality Walks’ in NI but that Seskinore has not been deemed a ‘Quality Walk’ as there is very little management or maintenance of the walking routes provided by Forest Service NI. They mentioned that Forest Service NI’s primary focus is on timber production and the forest parks but that they may be willing to work in partnership with another body who would be interested in taking on the management and maintenance of the routes such as Omagh District Council and have suggested contacting the leisure department to make this suggestion. They have also pointed out that current legislation states that members of the public are free to access all Forest Service NI land on foot and have provided me with a map of the forest boundaries. It is clear from looking at the map that we covered only around one third of the forest and should have walked into the ‘Pheasant Shoot’ land to explore the rest of the forest.